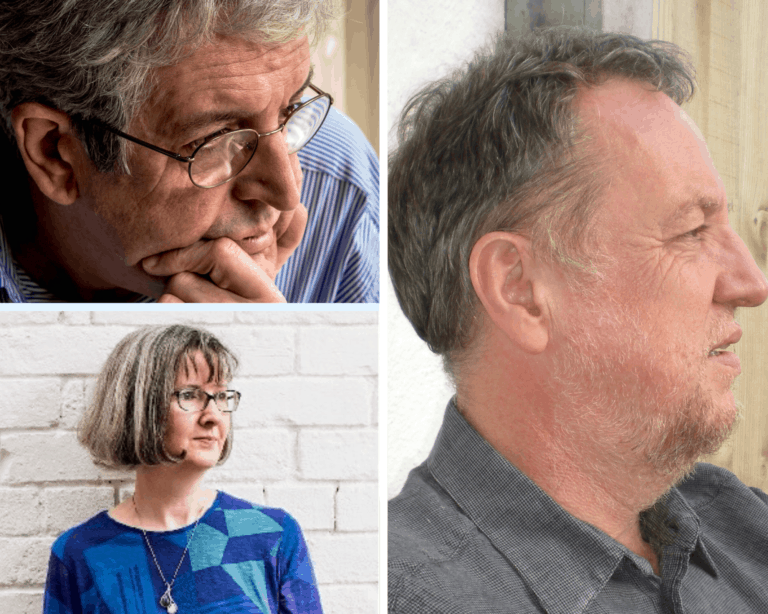 Out of My Time: John Hewitt on Brexit, COVID, shifting borders and altered identities?

John Hewitt’s radical vision for the region and its relationships - with the rest of Ireland and with the rest of the United Kingdom - was ahead of its time: Dublin-based Belfast poet and academic, Gerald Dawe, Belfast novelist and lecturer Heather Richardson, and London-based Ballycastle-born poet and critic, Cahal Dallat, discuss Hewitt’s poetry and what it can or can’t tell us about community, identity, and the importance of the arts in our own fraught times.

Introduced and chaired by Cahal Dallat.

Gerald Dawe, Professor of English and Fellow of Trinity College Dublin until his retirement in 2017, was founding director of the Oscar Wilde Centre (1998-2015) and, with Brendan Kennelly, established the Trinity College Masters programme in Creative Writing. He has published eight Gallery Press poetry collections from The Lundys Letter (1985) to Mickey Finn’s Air (2014) as well as publishing essays, Of War and War’s Alarms (2015), and editing the anthologies Earth Voices Whispering: Irish Poetry of War 1914-1945 (2008) and The Cambridge Companion to Irish Poets (2018).

Heather Richardson is a novelist, short story writer, poet, essayist, visual artist and a creative writing lecturer at the Open University.  She has published two novels, Magdeburg (Lagan Press, 2010), and Doubting Thomas (Vagabond Voices, 2017), as well as numerous short stories and poems in journals and anthologies in Ireland, UK and Australia.  Her current nonfiction project, combining text and textiles, is   called A dress for Kathleen.