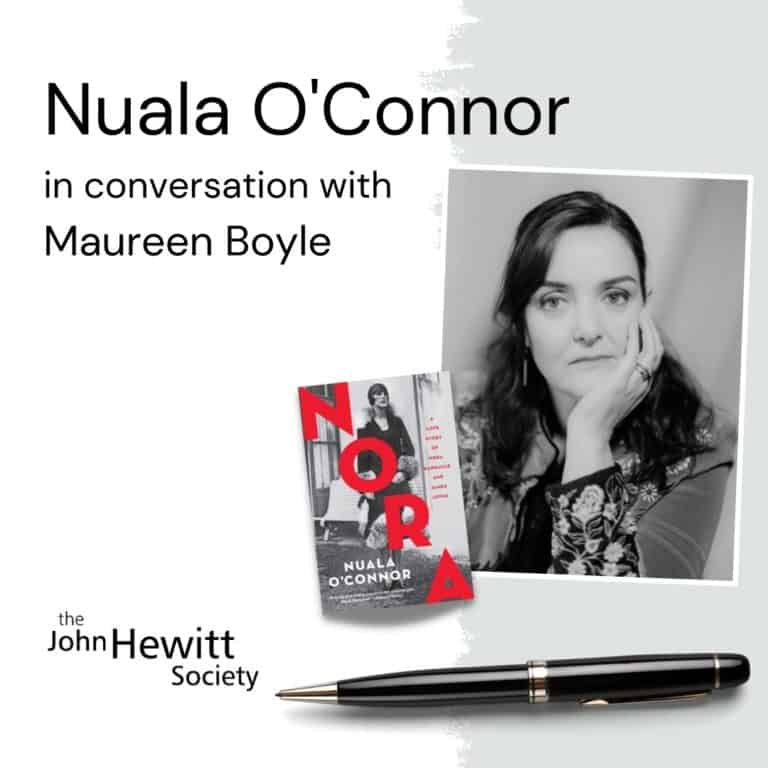 This new novel tracks the Joyces through their years in Ireland and later across Europe as Nora is torn between their intense and unwavering desire for each other and the constant anxiety of living hand to mouth.

In sensuous, resonant prose, Nuala O’Connor has conjured the definitive portrait of a strong, passionate and loyal Irishwoman. Nora is a tour de force, an earthy and authentic love letter to Irish literature’s greatest muse.

An exceptional novel by one of the most brilliant contemporary Irish writers ...

Can't make it to Armagh? Watch this event online!

Nuala O’Connor is a novelist, short story writer and poet, and lives in Co. Galway with her family. She is the author of four previous novels, including Becoming Belle (2018) and Miss Emily (2015), a reimagining of the life of Emily Dickinson, The Closet of Savage Mementos (New Island, 2014), You (New Island, 2010) and six short story collections, her most recent being Joyride to Jupiter (New Island, 2017).

She has won many prizes for her short fiction including the Francis MacManus Award, the James Joyce Quarterly Fiction Contest and the UK’s Short Fiction Journal Prize. Nuala’s work has also been nominated for numerous prizes including the Edge Hill Short Story Prize, the Kerry Group Irish Novel of the Year Award, the Irish Book Awards Novel of the Year and the International Dublin Literary Award.

Maureen Boyle’s debut Poetry collection, The Work of a Winter, (Arden Press) was shortlisted for the 2019 Strong Shine Award for a first collection.  Born in County Tyrone, her single long poem, Strabane, originally commissioned for Radio 4, has just been published (Arlen Press), and set to music by harpist Úna Monaghan, for the Alley Theatre Strabane, N. Ireland. A winner of the Strokestown International Poetry Prize, the Fish Short Memoir Prize, the Ireland Chair of Poetry Bursary, she was a 2021 Fish Poetry Competition prize winner, judged by American poet Billy Collins.