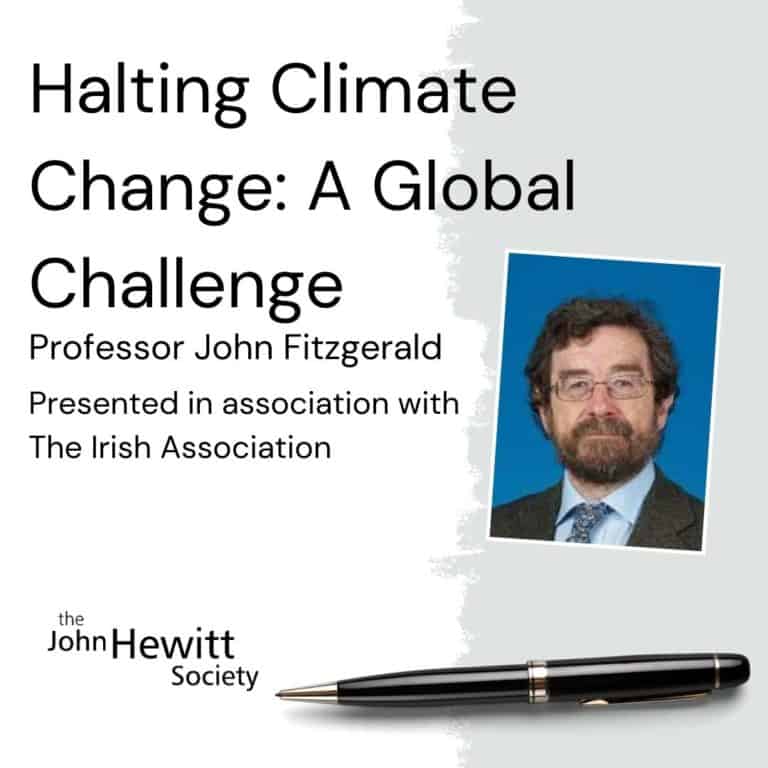 The Response on the Island of Ireland

John FitzGerald, distinguished economist and former Chair of Ireland’s Climate Change Advisory Board, assesses the action needed to address climate change across the island of Ireland. He argues that everyone on the island will have to change their way of living, if both the UK and the EU are to meet the commitments made to achieve zero emissions by 2050.

Within the EU there are many different approaches but, he maintains, what will be important is that real action begins today across the island, North and South, and that in a range of areas it would be helpful if the approaches taken in Northern Ireland, Ireland, and GB were consistent.

Looking ahead he will explore how much of the work will involve significant investment and that financing this investment will pre-empt resources that might be used for other purposes. Tackling climate change in all its manifestations he argues, is the essential work facing all citizens across the island of Ireland and in the generations ahead.

Presented in association with The Irish Association.

Can't make it to Armagh? Watch this event online!

John FitzGerald has been a Research Affiliate at the Economic & Social Research Institute, Dublin, since November 2014. Prior to that he was a Research Professor at the ESRI and Programme Coordinator of the Macroeconomics and Energy Policy Research fields. He became a member of the Royal Irish Academy in 2011 and he is an Honorary Fellow of GMIT and TCD. John FitzGerald is currently an Adjunct Professor, Department of Economics, Trinity College Dublin, and in the School of Electrical and Electronic Engineering, UCD.

President of The Irish Association